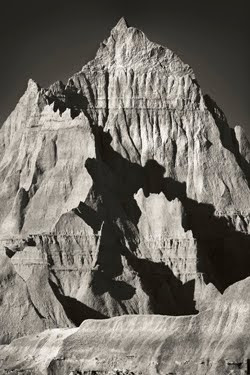 
“Democracy has corrupted Art. We’ve gone overboard to assure that virtually anyone with a camera can be ‘creative’ and make a ‘good’ picture, worthy of our praise. So now we’re adrift in a swelling sea of mediocre digital snapshots clamoring for attention, and it has become really quite difficult to discern true greatness when we see it. Welcome to postmodernist America.” - June Godwit -


We’re drowning in photographs, and they just keep coming at breakneck speed. First it was newspapers and magazines, then film and television, now this ubiquitous internet, this world wide web of mind-numbing visuals that suck the magic right out of being alive. Ironic, isn’t it? Here I am communicating to you via the very device I just skewered. But then again, life is full of absurdities, tilting at windmills, nonsequiturs.

“Simply put: I just feel jaded.” Those words are from the very articulate and sensitive statement by Stephen McNulty that accompanies his current show of photographs, titled “Finding Home,” at the Canton Museum of Art. Read the statement, and you clearly get the impression of an artist who was looking to reconnect with his own passion for truly seeing and celebrating what he sees, in a public milieu where both artists and viewers struggle with complacence and attention overloads and/or deficits. So he set out on a journey that took him to the expansive and magical landscapes of Colorado, Wyoming, and South Dakota. Jaded no more, I should say.

Which brings to mind yet another irony, because in viewing past images by McNulty, I never got the sense that they were ever the art of a tired soul. Anyone who has met the man could understandably think he’s simply too young to grapple yet with such profound life/art concerns. But I do understand his statement. His words might well be the musings of an old soul, so to speak, smitten by the timeless splendors of the natural world, and passionate about staying fresh in elevating our own connection to them. At that, he’s a master. Even a warrior. If he worried about losing his edge, he can rest assured he hasn’t. Here, then, is inspiring visual evidence of his journey, and it’ll stop you in your tracks.

While the world-class color images here are certainly breathtaking and achingly sumptuous, one of the most gratifying aspects of this exhibit is the significant number of black-and-white images. I sometimes think there’s a cultural perception afoot that black-and-white photography is irrelevant, lifeless, old school, antique. It would be tragic if such a perception became viral enough to render the practice of this rich tradition extinct. McNulty clearly has a disciplined eye for, and ability to compose and present, wondrously variegated tonalities, from the subtlest grays to the deepest blacks. These images are crisp, heroic visions of mesmerizing textures, forms, and atmospheres. They resonate, amazingly enough, with real emotional energy that invigorates the soul, and can stand proudly with historically pioneering works by such luminaries as Ansel Adams or Edward Weston.

Every image in this show is an elegant invitation to stop and savor the majestic intricacies of spectacular landscapes, and a sparkling window on to what McNulty calls “…the evanescent beauty that still exists in the world…” He says at the end of his statement that he hoped his journey would let him see his hometown “…with new eyes and find a novel way of being part of the Canton arts collective.” As a participant in that collective, I for one feel enthralled and even blessed by the power of his vision. It’s one that is hopefully destined to enthrall far beyond the confines of a single arts community.

Good commentary but I beg one correction: tilting not tipping at windmills.

Best for the hols!

Thanks for the correction. I am often given to fits of sometimers syndrome...sometimes I remember my literary sources, sometimes I don't. Good catch on your part, Lawrence.

You are most welcome. I am afflicted with the same syndrome from time to time. Always a pleasure to read your analysis of the arts.