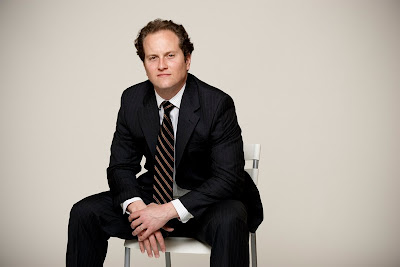 It is certainly no surprise that great symphonic music, when delivered by orchestras as generally impressive as the Canton Symphony Orchestra (CSO), can be edifying on a strictly cerebral and technical plane. But I was also reminded by the CSO concert on November 6 that there’s real magic in how an orchestra can woo our hearts and evoke powerful emotions, even when questionable program content and order might undermine their momentum.

The thematic backdrop for this occasion was a commemoration of the 150th anniversary of the American Civil War. While the evening’s opening work – Verdi’s Overture to “La Forza Destino (The Force of Destiny)” – is not about any particular war as such, the opera does embrace a somber theme of fated human affairs. The orchestra negotiated the overture’s intertwined motifs of brooding foment and lighter-hearted meditation with notably vibrant energy, setting a stirring enough tone for what followed – Copland’s “Fanfare for the Common Man.”

Still, given the solemn, percussive booming that opens this iconic work, and the ensuing thrill of the electrifying brass, I wonder now if the concert would have been better commenced with this compelling call to attention, as the orchestra handled it with truly inspiring panache. The heroic nobility of the work was augmented by the artistry of James Westwater, who has forged a distinguished career in integrating live symphonic music and multiple, monumentally-scaled photo projections in a form he calls “photochoreography.”

Classical purists might object that such added theatricality is as unnecessary as it is distracting. While I found the synchronized pulsing of the projected images to be visually mesmerizing and emotionally stunning in “Fanfare,” and even more so during the performance here of Copland’s “Lincoln Portrait,” the effect did seem more like an afterthought in both Pachelbel’s “Canon” and Philip Glass’s “Interlude No. 1 from the CIVIL warS.”

The Glass work was originally written as a connecting segment between scenes in Act V of an ambitious collaborative project with Robert Wilson, from 1984, that was never presented live in its entirety. Its inclusion in this setting could reasonably be regarded as a metaphor for the calm before, or after, a battle. Unlike some of Glass’s more strident pieces, this very short work is hypnotically serene in its simplicity. It was played here with a hushed sensibility that, once again, effectively set up our anticipation of Copland’s majestic “Lincoln Portrait.”

This was arguably the most deeply moving performance of the evening, further embellished by the arresting photographs from the Civil War that hovered above the orchestra like so many shifting storm clouds. Christopher Craft’s text narration, which the composer built largely from Lincoln’s letters and speeches, was both poignant and commanding, and made all the more compelling by the orchestra’s final explosive note – a victorious exclamation delivered with the deafening clarity of a cannon blast.

After such impactful drama, it seemed a curious choice at this point to insert Pachelbel’s “Canon.” Peace after the war? Possibly, though a somewhat toothless peace at that. While the familiarity of the work certainly didn’t breed anything contemptible, the understated performance here was simply too ordinary for an orchestra of this caliber.

Similarly, in the concert’s final work – Mendelssohn’s Symphony No. 4 (“Italian”) – the orchestra was at times uninspired. For all of the first movement’s rhythmic and melodic verve, the normally invigorating resonance of the strings seemed uncharacteristically lackluster, and at other points through the work perhaps even a bit out of tune. Fortunately, such quirks were overcome by the vigorous, authoritative reading of the ebullient, propulsive finale.

Particularly captivating throughout the evening was the animated demeanor of CSO Associate Conductor Matthew Brown at the podium. His is a delightfully articulated and endearing physical commitment to the music, here emanating an uncanny sense that he literally held the orchestra – and the audience - in the palms of his hands.