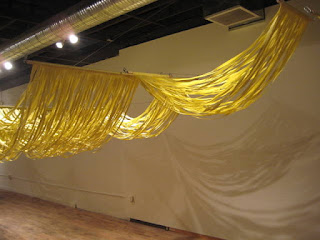 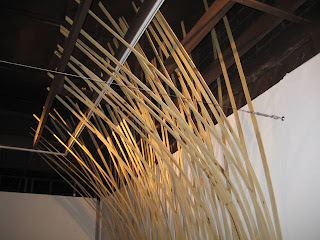 “A shape, a volume, a color, a surface is something itself. It shouldn’t be concealed as part of a fairly different whole.”  - Donald Judd –

“We ascribe beauty to that which is simple; which has no superfluous parts; which exactly answers its end.”  - Ralph Waldo Emerson –

Oh to have lived in New York City during the 1960s , to rub elbows with the movers and shakers of the day, when the art world seethed with the schismatic energy of clashing aesthetic ideologies. It was the era that gave rise to Minimalism, that radical proposition to excise ‘self’ from artistic expression. In rejecting the wildly humanistic indulgences of Abstract Expressionism, pesky Minimalists such as Donald Judd, Carl Andre, Robert Morris and Richard Serra, to name only some,  dis-invited viewers to seek anything approaching emotionality or otherwise subjective associations with their work.  Judd, though, along with others, fiercely derided the term ‘minimalist.’  Instead he suggested “primary structures” as a more accurate way to describe the pared-down formalism of the objects he and his cohorts were putting forth.

Over the past 20 years or so, this postmodern era of ours has generated a resurgent cacophony of expressionistic styles and practices among  many younger artists emerging from art academies and universities. So I think it fascinating that an artist as young as Natalie Dunham (2010 MFA in Sculpture from the Maryland Institute College of Art) would so clearly identify –  even sympathize  -  with the detached, industrial slickness often associated with the Minimalist movement of old. That said, I certainly don’t regard her work as anachronistic or a retro eccentricity.  It is in fact downright exciting and refreshing to see a local gallery offer up installation art of this engaging caliber.

While Dunham has used the word “deconstruct” in reference to her arduous manipulating of found and industrial materials (here, wood shims, lattice, coarse twine, plastic strapping, and lots of connecting hardware), I think the term is a bit too generic and imprecise in assessing her work.  Besides, it smacks too much of entropy.

Yes, there is a reductivist sensibility at work, a winnowing down of forms in space to their more ephemeral purities. There’s also a deeply abiding passion for large-scale tactile patterns, impeccable craft and precision, and ordered linearity. But combine that with Dunham’s apparent surrender to the nature and dimensions of the materials themselves -  how they “behave” in air and gravity, for example  -  and another quality emerges. In their elegant simplicity, her pieces allow for a kind of serendipitous, phantom poetry that speaks of things not so much falling apart or deconstructed, but coming together, reconstructed.

It’s what separates Dunham’s works from the clinical severity that characterized so much of 60s Minimalism. And to the extent that Dunham’s aesthetic transcends such austerities, you might say it leans toward the kind of lyricism, or whimsicality, or frisky sensuality that “ post-minimalists” like Eva Hesse explored in the late 1960s and what critic/philosopher Arthur Danto called her “nonmechanical repetition.” I would even go so far as to say that for all of its ostensible kinship to certain aspects of Minimalism, Dunham’s visual language and working process are evidence of a latent Romanticism.

Don’t just look at these pieces as isolated, static art objects in a gallery. You’re permitted, indeed encouraged to literally get in touch with their moving parts, to feel their textures, to walk through them. You’ll soon get a sense of how they are integral to, and physical extensions of, the whole gallery environment. Look at the shadows cast on walls and floor.  Notice how the 83 lattice strips in the piece mounted high on the wall in the back corner of the gallery intersect with, and seemingly grow into, the exposed linear structures of the ceiling. Stand in the middle of “No. 14.447.2_STR” (the titles are numeric codes that translate into info about the work – the deciphering”key” is  printed out at gallery entrance) and you might well exSTRAPolate the sensation of being in a corn field, or lost in swells of yellow waves.

It’s all an intriguing twist on viewer pARTicipation.