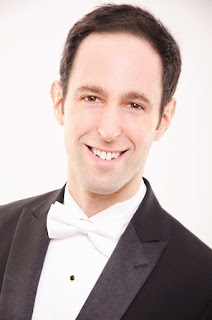 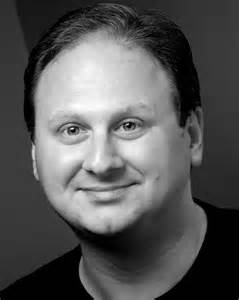 Conjuring the spirit of Halloween for just one more night, the November 1 program by the Canton Symphony Orchestra (CSO), under the enchanted baton (or magic wand?) of Maestro Gerhardt Zimmermann, was frightfully delicious. Not that I favor socializing in the netherworld, but from beginning to end, the evening was a magnificent dance with the devil.
And what better way to set the tone for these noir proceedings than Modest Mussorgsky’s sprawling Night On Bald Mountain? In what the composer had once called a “wicked prank” in 1867, the brass and percussion evoked the forces of thunder and lightning as the strings recalled frenzied, biting winds swirling around a haunted mountaintop. The orchestra delivered the music with such a sense of raw, strident urgency that this terribly familiar work (included in Disney’s 1940 animated classic, Fantasia) sounded startlingly new.
If night terrors can be said to have a humorous face, Malcom Arnold’s rarely performed Tam O’Shanter amply fit the bill. The music was drawn from Scottish poet Robert Burns’ epic story of a hapless but jolly drunkard, Tam from the town of Shanter, riding home atop his trusty mare, Meg, on a stormy night after drinking at the pub. When he stops to peek inside an abandoned church, he beholds a ghastly orgy of witches and demons dancing to Scottish jigs and reels. Eyeing a young witch clad only in a revealing undergarment called a “cutty-sark,” he lets out a loud and lascivious cry of delight that prompts the hellish celebrants to give furious chase.
The thoroughly Scottish-flavored score is a pastiche of often comical aural devices. The orchestra seemed to be possessed by a delightfully naughty spirit as it immersed us in evocative textures, at times in convincing imitations of a bagpipe chorus. Amid stormy bursts from brass and percussion, bassoons lumbered along like the inebriated Tam, and solo trombone hilariously voiced his drunken salutation, “Weel done, cutty-sark!” Well done indeed.
Concluding the evening’s first half was Totentanz (Dance of Death), a symphonic poem for piano and orchestra by Franz Liszt. The work is a masterpiece of virtuosic keyboard writing, built around a thematic core of variations on Dies Irae (Day of Wrath), the Gregorian plainchant associated with the Mass for the Dead. Guest pianist Spencer Meyer was something of a force of nature here, passionately articulating the relentless percussive thrust of the music. Imagine the orchestra as a darkly colored canvas stretched taut. As it depicted the dancing of ghosts and the haunted clattering of dry bones, it held its own quite well against Meyers’ pounding glissandos and breathtaking arpeggios, all executed with the fiery panache of a painter wielding a broad brush of enchanted colors.
A relatively more lyrical, though equally diabolical character was threaded through the following selection, Camille Saint-Saëns’ Danse Macabre. Here, the composer cast solo violin as the fiddle-playing devil. The harmonic dissonance in the violin music is the result of intentionally tuning down the top string a half step to enhance its ominous presence. In this role, CSO Acting Concertmaster, Hanna Landrum, adopted an oddly quiet energy. Yet, ironically enough, it was the palpable gentleness of her touch that made the devil’s tune all the more eerie.
During the evening’s final work, Liszt’s Mephistopheles, the third movement of A Faust Symphony, the music twists and writhes in a grotesque revelation of the devil’s relentlessly taunting nature. But with the entry of a male choir in the “Chorus Mysticus,” an ethereal light seems to cut through the darkness. The Canton Symphony Men’s Chorus, under the direction of Dr. Britt Cooper, rendered this drama of apotheosis with wondrous sonority. And the crystalline voice of tenor Timothy Culver soared in a powerful embodiment of majestic and mystical solemnity.
As if to add an exclamation point to an already electrifying encounter, Maestro Zimmermann surprised us all by leading the ensemble in a rousing encore - Charles Gounod’s Funeral March of a Marionette. Alfred Hitchcock would have surely approved.