A Sublime Balance of Power 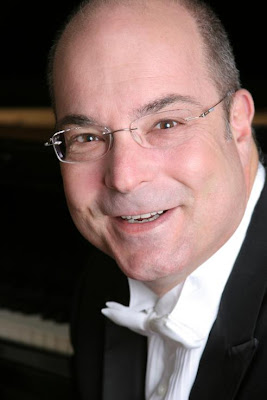 A Sublime Balance of Power


One element that contributes greatly to a satisfying evening in Umstattd Hall with the Canton Symphony Orchestra (CSO) is the ‘performance prelude’ that transpires one hour prior to each concert of the Masterworks Series. These delightful presentations/demonstrations offer the audience some in-depth commentary on the program selections beyond what is in the program notes. Eric Benjamin, music director and conductor of the Tuscarawas Philharmonic, and conductor of the CSO Youth Symphony, provided that service for the March 26 CSO performance of Jean Sibelius’ Symphony No. 3 in C Major, and Johannes Brahms’ Piano Concerto No. 1 in D Minor.

Most of Benjamin’s eminently accessible and thoughtful presentation centered on the Sibelius, noting that it is a relatively rare work in concert settings, and one that can pose a challenge to first-time listeners. “Not knowing what comes next is one of the delights of a concert like this one,” he said, adding that while the work is a significant departure from late Romantic-era symphonic structuring, it is nonetheless “full of wonderful surprises” for those willing to be “in the moment.” When Maestro Gerhardt Zimmermann came to the podium he elaborated further, with characteristic warmth and humor, on the third movement’s many “wandering” themes that, more enticing than perplexing, ultimately congeal and move toward a finale that is a sparkling gem of brevity and clarity.

Indeed, clarity of sound, and unity of purpose, were abundantly evident in this performance of a work that Benjamin called distinctly “exterior” (as in pastoral, perhaps), and what Zimmermann praised as “…youthful, joyful, exuberant.” From the jubilant, dance-like energy of the first movement, through the lilting and pensive waltzing of the second, it was as if Zimmermann’s clear love for this work had translated itself magically into the orchestral playing of it, right down to the palpably bright textures and accents from French horns (thank you, principal Meghan Guegold), oboe, and flutes. Equally bright was the stunning third movement, driven by the lush plucking of strings so effectively modulated that at times the sound dwindled to a mesmerizing, pulsed whisper.

No such whispering is to be heard in the Brahms concerto, though there is ample lyricism and tenderness woven into its tumultuous, at times urgent drama. And as unity of purpose and sound were perfectly realized in the performance of the Sibelius symphony, that same spirit prevailed here, too. Astonishingly so, thanks to the enthralling virtuosity of guest pianist Norman Krieger.

In his program notes for this famous work, Kenneth C. Viant astutely observed, “Throughout, great demands are placed on the soloist; however, the bravura passages are always expressions of powerful emotions rather than simply being vehicles for technical display.” I couldn’t agree more, and Krieger demonstrated as much with masterful control, along with a remarkably finessed sense of blending with the orchestra. At his most sonorous, he was crisp and thunderous, yet always balanced. And at his most delicate, as in the achingly solemn and prayer-like second movement, he was utterly hypnotic. This was one of those performances that concerto lovers long for – when soloist and orchestra transcend merely playing together to breathe the music in unison.

Were I living in a parallel universe ruled by Olympian gods, it would seem to me that one of them came here just to perform this work. Krieger is certainly a keyboard force to be reckoned with, and I dare say that his monumental performance here will be remembered as among the very finest ever to grace Umstattd Hall.