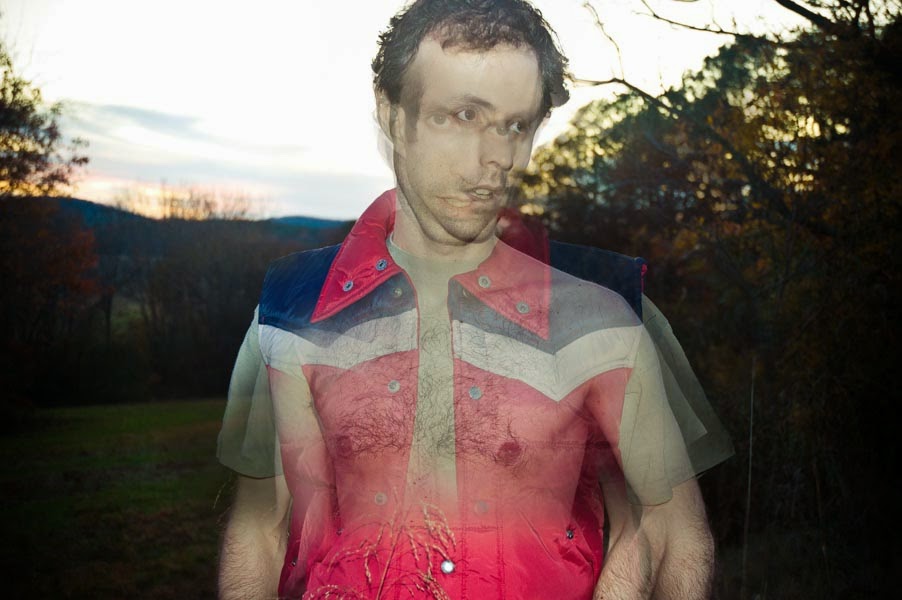 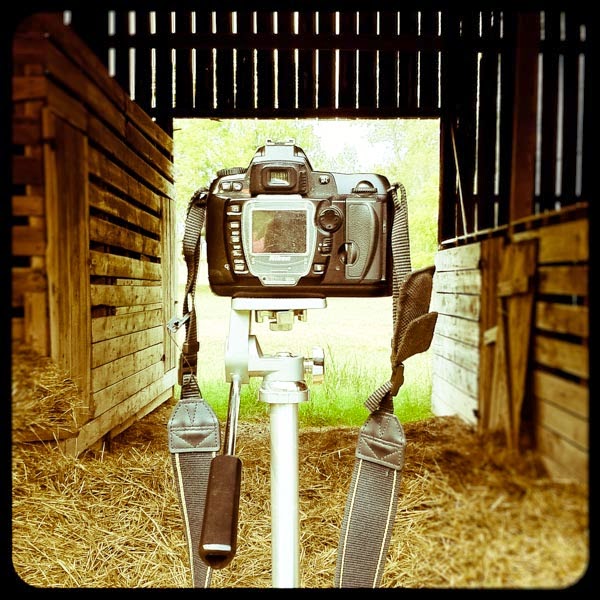 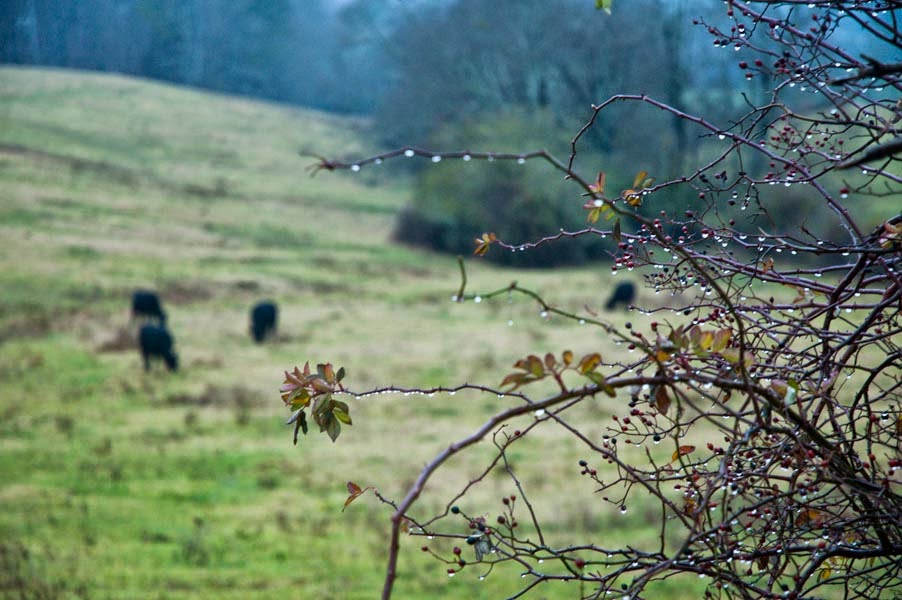 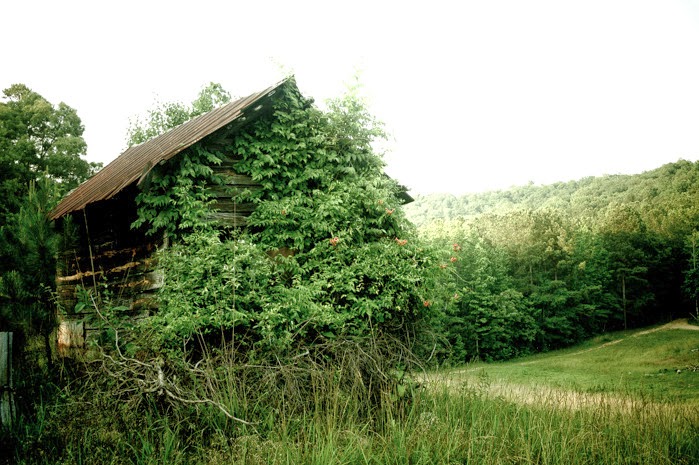 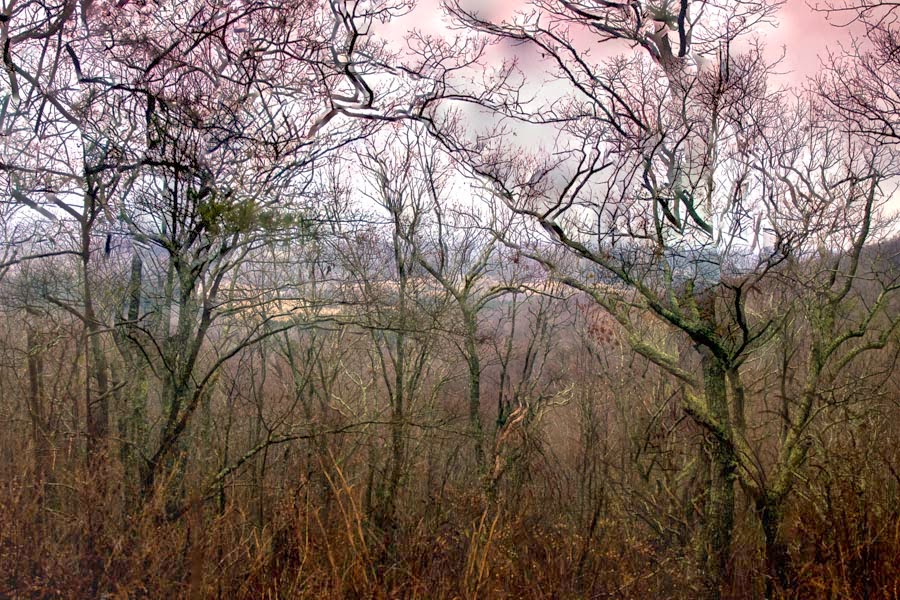 
I shall be telling this with a sigh
Somewhere ages and ages hence:
Two roads diverged in a wood, and I –
I took the one less traveled by,
and that has made all the difference.  -Robert Frost


Georgia-born interdisciplinary artist luke kurtis (he prefers his artist name printed in lower case) presently resides in Greenwich Village and said this about his exhibit at the Massillon Museum: "INTERSECTION is my ode to the south. These works show what I saw after going back there.  I wanted to use my sense of artistry—what I see as a very 'New York' part of myself—to expose an unseen side of the South."
“Unseen side?” I’m not sure that his tiny digital chromagenic photographs (most are 5”x7” or 5”x5”) of rural landscapes and architecture show anything that could be considered necessarily unique to Georgia or even the south in general. In fact there is at first blush a generic anonymity about them - nothing unusually spectacular or revelatory. But that sensibility began to slowly dissipate as I was drawn in by their small scale to better appreciate the nuances of fine formal composition and visual textures.
A considerably more expanded appreciation emerged in looking at the two large (32”x48”) photographs centered on one wall of the gallery. the unseen (2013) is a subtly distorted view of bare trees and shrubs, with pastel-colored sky visible through tangles of branches. The image appears to be two identical photos superimposed but slightly out of phase. Ghostly. The same effect appears in self portrait (2012). In one phase, kurtis gazes directly at us, while his “echo image” looks off to one side. Are these divergent perspectives a portrait of arriving, or departing? A yearning for identity and sense of place?
The specificity of context is further solidified by the framed texts interspersed with the photographs. Some are found articles from vintage newspapers, others are kurtis’s original poetry. Additionally, and arguably the most compelling element in this exhibition, is an installation of 12 issues of kurtis’s monthly Intersection zine, which kurtis has described as, “… a way to re-contextualize, re-evaluate, and reveal.” (A zine is a self-published work of original or appropriated texts and images usually photocopied in small quantities.)


Reveal indeed. It wasn’t until I took all 12 issues from the display home with me (they’re free for the taking), and read through each of them, that I was able to best comprehend the scope of this show, and the artist. While the publication is a vehicle for kurtis’s poetry – quite beautiful in its own right - and commentaries on contemporary art, it also includes disarmingly candid disclosures of meaningful – and hurtful - personal encounters. Therein the artist has spoken of the painful memories of select southern family members who refused to engage his Jordan’s Journey (an ambitious 2012 multimedia project that included a book he wrote about his family ancestry) because he’s gay.
After reading the zines, the entire exhibit took on the character of not just a visual experience, but an entirely spiritual panorama. The photographs and poetry acquired a new depth and intimacy. I could sense how the places pictured transcend their incidental banality and take on an elevating resonance. The images function like metaphorical mile markers on a road trip to bridge what was once an emotional and psychological chasm between the rural then of kurtis’s southern life and the now of his creative life in New York. It’s as if the artist can finally know, without anguished resentment, “wherever I go, there I am.”
Here then is a revealing excerpt from Intersection no.6, August 2013, wherein kurtis reconciles the damage felt in his past life in the south with the healing “bohemian milieu” of his present life in New York.
“…new york, you healed me. you took me in as your own. it took a long time but old wounds have healed and i love you both. you’re both a part of me and i wouldn’t be alive today without the two of you. stuck in between these two worlds, i suppose that’s my scene. that’s where i fit in. that’s where i strike my balance. somewhere between georgia and nyc i lost my innocence. and somewhere between the two again…i’m laying claim to it.”