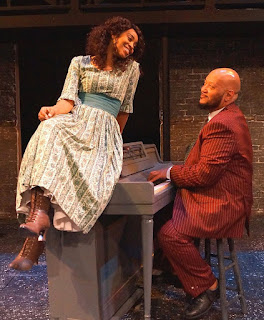 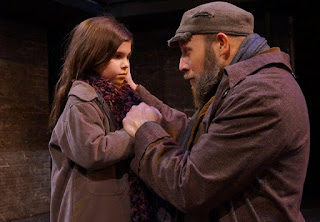 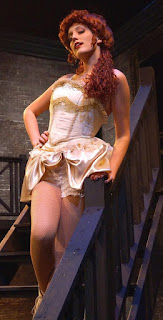 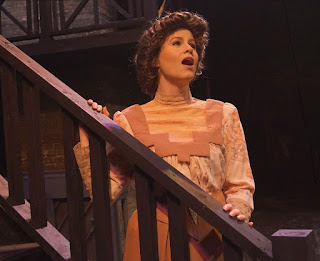 E.L. Doctorow (1931-2015), author of the 1975 historical fiction novel, Ragtime (adapted for an eponymous drama film in 1981 and a Broadway musical in 1998), once stated, “Good writing is supposed to evoke sensation in the reader - not the fact that it is raining, but the feeling of being rained upon.” He also observed, “Writers are witnesses. The reason we need writers is because we need witnesses to this terrifying century.” While Doctorow was referring to the 20th century, I would add only that in 2018, and still for the same reasons, we need all the arts.

So there is indeed an aura of timely, relevant urgency that emanates from this soaring Players Guild production of Ragtime, directed by Jonathan Tisevich. He also plays a central character in the story. It’s a thoroughly exhilarating partnership with his cast of 40 performers. Together they sing and move with infectious, dazzling proficiency through the vivacious choreography by Michael Lawrence Akers and the wondrously crisp, warm melodic pastiche from the live orchestra conducted by Steve Parsons. Though set in America’s volatile early years of the 20th century leading up to World War I, these eminently versatile performers make the then of the story so unnervingly familiar and real that it stands as a sobering reflection of our now – afflicted as it is by a malaise of weighty sociopolitical issues including, among others, racial bigotry, poverty, and immigration.

In this drama of societies in conflict, Tisevich plays Tateh, an intensely solicitous and resourceful Jewish immigrant and father looking for a new life in America. His singing voice is a marvel of opulent expressivity, and particularly magical when he intones the gentle imagery of the song “Gliding” while embracing eight year-old Sophia Tsenekos. She plays Tateh’s daughter, and throughout the daunting circumstances encountered by her father, she’s consistently agile and endearing - an adorable spirit of uncorrupted hope.

In his role of the Harlem ragtime pianist named Coalhouse Walker Jr., Christopher Gales is an altogether compelling presence with a beautifully sonorous voice - equal parts authoritative muscle and disarming sweetness. He’s a riveting embodiment of Coalhouse’s desperate (and violent) search for justice and equally desperate efforts to win back the heart of Sarah, whom he had abandoned before knowing he had fathered her child. As Sarah, Joy Ellis is a charismatic powerhouse who portrays the complex pathos of her character with remarkable panache. Her achingly tender voicing of “Your Daddy’s Son” is one of the evening’s most heartrending moments, as his her electrifying duet with Coalhouse in “Wheels of a Dream.”

It’s fascinating to watch the magnetic Heidi Swinford in her role as the frustrated matriarch of an affluent white family. Her impassioned duet with Tateh, “Our Children,” is powerfully optimistic and tender. More powerful still, a little later she progressively sheds her fears and vulnerability to free herself from patriarchal oppression, and declares as much in her searing ballad, “Back to Before.” Meanwhile, Christopher Hager turns in a convincing counterpart as her husband – often absent from the household, self-absorbed, and struggling to deal with the forces at work in the world around him. Additionally, there’s young Ezra Bernstein as the prescient, often bemused son, full of curiosity about, and commentary on, the situations unfolding around him.

Offsetting the gravitas threaded through this narrative, there are refreshing moments of a different if not lighter nature. Among those is the hilarity of a riotous, all-male chorus gathered to watch a baseball game; the unforgettably giddy interludes from Sarah Marie Young as the bubbly, sassy, and slightly daft showgirl, Evelyn Nesbitt; and Joshua Erichsen making delightfully dashing appearances as the disappearing Harry Houdini.

Never disappearing from this musical epic of colliding cultures, though, is an ever-present sense of yearning, of offering up a collective supplication, a plea for relief from the hard rains that have fallen on our divided society. This is most apparent when the full ensemble is gathered to sing “Till We Reach That Day” at the end of Act I, and again in Act Two during the stirring climax of the Epilogue. The splendorous polyphonic power of the ensemble singing is utterly heart-rattling.

Call it a glorious prayer, then. Truly sublime art, such as this radiant Players Guild production, can be like that.