Archaeology of the Soul

Archaeology of the Soul 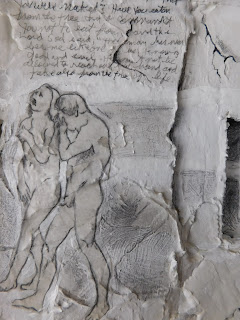 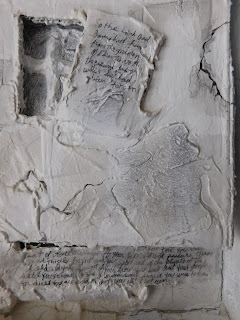 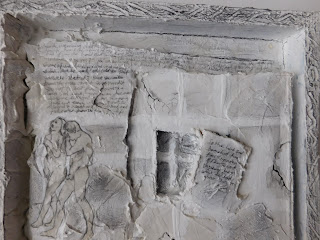 My work is a continuous probing of Christocentric content that springs from being a disciple of Jesus Christ, who is both God and Man. In his story, the Bible (his autobiography, really), he tells us in the opening chapters how he created humanity in his image and likeness, forming us from the dust of the ground he made, breathing his life into us. I believe that the impulse to make art, whether an artist senses it or not, is an embedded echo or a remnant spark - a still-glowing ember of God’s first explosive utterances: “Let there be light…,” and later, “Let us make…”

Accordingly, I am called to make as I have been made, to somehow give a spark of life and light to my chosen materials. Most of my works are mixed media assemblages - spiritual tableaux constructed around a codified language of the heart. They are tactile narratives about excavating the merely apparent and uncovering the fully real. These metaphors for an archaeology of the soul are explorations of the boundaries between the accessible and the hidden, between the mundane and the mystical. Ultimately, they symbolize aspiration, faith, and discovery.

My most recent piece is called “Eden Excavated” (16” x 14 ½”  x 1 ½” - wood, plaster, latex acrylic, graphite). I completed it while reading, for the third time in the last 20 years, G.K. Chesterton’s 1908 book, Orthodoxy. It is a wondrous work of writing about a journey and an arrival, and an otherwise profoundly cathartic immersion in Christian apologetics. It continues to inspire and renew my spirit.

“Eden Excavated” actually began back in 2007 as the first in a series of several works under the collective title of “Apocalypse.” [By the way, keep in mind that ‘apocalypse’ actually means revelation.]  Re-reading Chesterton’s classic somehow moved me to resurrect, as it were, that 2007 construction which had been gathering dust in my studio, and prompted some significant alterations (or altarations, if you will), literally giving an old work new life.

I consider copying words, excerpted for this work from the Genesis creation story and written here in cursive, as a form of life drawing. A way of imprinting memory, a way of sealing a story into consciousness. My process examines a symbiotic duality of writing and drawing, of reading and seeing. To write is to draw, to draw is to write. And seeing art is to read a language.

I love what you are doing here. It's good when a project is resurrected and given all the subtle artistic insights gained over the time that it lay "in state." I think the graphite on white lends to and supports the words as well.

We are all feeling pretty fallen after 2020, and so many other things happening that remind us we are not in control after all. Maybe that's a good reality check.

I just attempted the Stark Library Libby audio version of Chesterton's The Everlasting Man Too much in the ear canals— I shall have to buy me a copy to chew on for about a year or so. C.S. Lewis credits that book in Surprised by Joy, which I did just read a few weeks back on Libby. Much better the second time around!

I get the Creator/creative-creature mandate. That came in a flash my senior year at Kent State when it became my mandate ... and has fueled and empowered my pilgrim journey as a creative creature ever since.

Thanks for posting this! I'm inspired to get back to work!