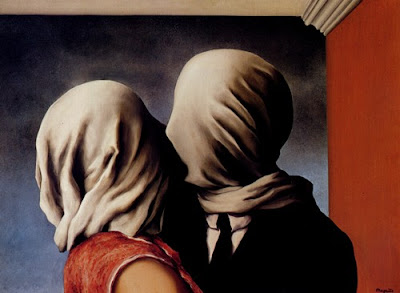 
One need not have read the program notes for the March 7 Canton Symphony Orchestra concert to sense from the opening moments of Rachmaninoff’s “Vocalise” that romance was solidly in the house. The theme for the afternoon concert was billed as “Love Speaks.” And that it did, in all its sumptuous color, intricate textures, and alluring faces, triumphant as well as tragic.

The orchestra’s lush voicing of Rachmaninoff’s gentle, slow lyricism, subtly tinged with a nostalgic aching, was as if giving form to a blooming rose. The finessed unity of depth and sonority of this orchestra’s string section is a consistently thrilling thing to behold, and certainly in full force throughout this concert. As he has done on so many past occasions, CSO Concertmaster Nathan Olson performed the solo violin passages in this work with riveting purity both authoritative and sweet. He again
brought his formidable emotive sensibilities to the next work on the program, Peter Lieberson’s “Neruda Songs.”

When he encountered the love sonnets of Pablo Neruda, American composer Peter Lieberson immediately connected to their sensual emotionality and knew he had to set some of them (five in all) to music for his wife, the great mezzo soprano, Lorraine Hunt Lieberson. It is a remarkable irony of fate that the poems’ allusions to love as a passionate, unfolding journey would take on bittersweet relevance in light of Lorraine’s long battle with cancer, which she ultimately lost in 2006. The work is imbued, then, with a resonant heroism, grounded in the deep, unfaltering love between a man and a woman.

And so it is that when acclaimed mezzo soprano Kelley O’Connor came to the stage, the house lights brightened. She is a striking presence, to be sure. Here, she gazed out into the hall throughout her performance in such a way as to make you feel as if she were singing directly to and for you. A lover singing to her beloved. And the singing! O’Connor embodied all of the work’s heroic depth - its tender, urgent proclamations of timeless hope and dreaming – with an astonishingly rich, throaty voice that can soften even the hardest of hearts.

The music for this work is an intriguing synthesis of interwoven moods and melody lines that seem like metaphors for a vast, even cosmic tapestry depicting day and night, expansive landscapes, longing and discovery. The orchestra embraced the ebbs and flows of the work’s sensuality - and spirituality – with marvelous clarity and balance.

That same orchestral clarity and balance was delightfully present in the performance of Wagner’s “Siegfried Idyll” – a sublime, enthralling love song that the composer presented to his wife on the morning of her 33d birthday. Here the orchestra effectively captured all of the work’s color and sense of approaching day and the promise it holds.

The final work on the program – Tchaikovsky’s “Romeo and Juliet, Overture-Fantasy”- is certainly not so optimistic in outlook. It is, however, as Kenneth C. Viant observed in his program notes, “…a work whose rhapsodic lyricism and dramatic emotionalism have made it one of the most enduring pieces in the symphonic repertory.”

What this orchestra did with the work should not be called a great performance. That would be too easy an assessment. This was an orchestral phenomenon of the highest order. In the past I have often marveled at the ephemeral chemistry between Maestro Zimmerman and his accomplished musicians. He doesn’t merely conduct the music, and they don’t merely play it. They breathe it as an organic unit. It is a chemistry that generally evades adequate definition or description. You simply know it when you see and feel it. And here all the ingredients were brought to optimal temperature until they boiled over with the last volcanic timpani roll and cymbal crashes, pouring like a wail for the ages into the final, soul-searing chord.

I cannot recall seeing an audience so immediately, in unison, on its feet. Some looked quite astonished at how they got there. A paroxysm of praise, no doubt. When it was over, while some may have walked out of Umstattd Hall, I seem to recall most of us floating back to our cars.