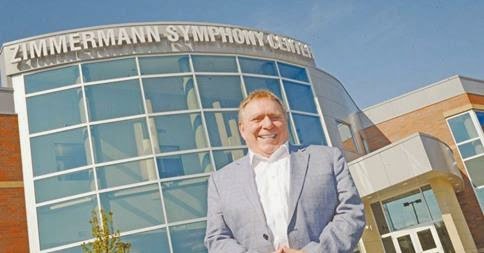 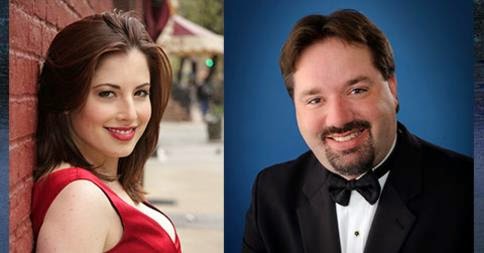 
Maestro Gerhardt Zimmermann’s program notes for this, his 34th season with the Canton Symphony Orchestra (CSO), are full of enthusiasm and gratitude for the recently opened $5.4 million Zimmermann Symphony Center adjacent to Umstattd Performing Arts Hall. “At last,” he writes, “the CSO family (orchestra, music, library, staff and board) will be housed under one roof. This is a dream come true for me…”
Zimmermann’s lively comments throughout the October 5th season-opening concert were equally celebratory in nature, with an especially poignant note that even though the elegant new facility (now affectionately referred to by many as the “Z”) bears his name, “…this is not about me – this is about YOU.” And so it is that Zimmermann’s thoughtful selections for this very eclectic program, called “American Mosaic,” were not only a collectively exciting tribute to American orchestral works spanning nearly 100 years, but also a potent symbol of this American orchestra’s – and its supporters’ - spirit of dedication, ingenuity and perseverance .
The first of nine selections on the program was John Corigliano’s Promenade Overture (1981). The work is a giddy reversal of Haydn’s “Farewell Symphony” from 1772, wherein the musicians exit the stage one-by-one during the final adagio, leaving only two violinists to play the last muted notes. Here, after an off-stage brass fanfare, the orchestra members entered, while playing, in a procession starting with the piccolo, followed by flutes, cellos, winds and so forth. The music is a strange pastiche of strident, cacophonous passages (hard on our ears at times, but nonetheless performed on this occasion with heady abandon), countered by lush, pastoral swells.
Then, during the stirring climax, principal tuba Tom Lukowicz came lumbering down an aisle from the back of the house, scrambled up on to the stage, and blasted a final single note, leaving himself breathless and the audience roaring with laughter. It was a hilarious, bold-faced period to a complex musical sentence.
The orchestra sustained its high energy level with a powerful reading of the Festival Overture on the American National Air, an 1879 work by Dudley Buck, which incorporated a stirring rendition of “The Star-Spangled Banner” nearly a half century before it became America’s national anthem. The mood shifted to a subtler sort of majesty with Aaron Copland’s 1950 arrangement of the Shaker folk song, Simple Gifts. The soaring, crystalline voice of guest soprano Allison Pohl invested the humble tune with a profoundly contemplative, even magical sensibility. Pohl brought that same sensibility, along with palpable urgency, to her dramatic performance of Take Care Of This House, from Leonard Bernstein’s 1976 Broadway musical, 1600 Pennsylvania Avenue. More vocal magic ensued with Howard Hanson’s Song of Democracy (1957), inspired by excerpts from two Walt Whitman poems. Here the combined members of the Canton Symphony Chorus and the Walsh University Chorale were in magnificent form, perfectly matching the orchestra in clarity, lush sonority and sheer exuberance.
And what would a tribute to American orchestral music be without some aural fireworks? There were plenty on hand during the second half of the evening. The combined choruses returned to the stage for The Promise of Living (the best-known song from Aaron Copland’s only full-length opera, The Tender Land). The work is a shining example of Copland at his most lyrically engaging, and this performance was nothing short of breathtaking.
The remainder of the program was given over to works by Leonard Bernstein. While Aaron Copland has often been identified as crafting a sound that embodied quintessential values of American dignity and industriousness, I think Bernstein went on to inject the “American sound” with an irreverent playfulness. The orchestra delivered his explosive Symphonic Dances (drawn from his West Side Story score) and the iconic Overture to Candide as if possessed by Bernstein’s own quirky genius at melding gleeful musical rudeness with heartrending grace.
Finally, there was the duet of Allison Pohl and baritone Britt Cooper (director of the Walsh University Chorale) singing Make Our Garden Grow (from Candide). The radiant combination of her piercing sweetness with his silken tonality elevated the song to a metaphysical plane. Indeed, if hope and nobility can be said to have a sound, this may well have been it.
To quote Gerhardt Zimmermann, “Tutti Bravi to all!”


PHOTOS (from top): Gerhardt in front of the “Z”; Allison Pohl and Britt Cooper
Posted by Tom Wachunas at 1:03 PM