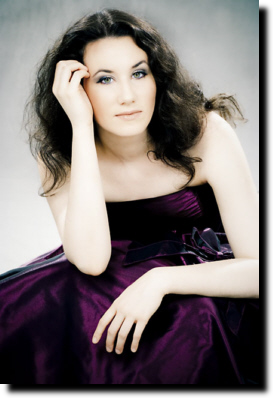 For sheer depth of instrumental virtuosity and soaring emotional impact, the inaugural performance of the 2011-2012 season by the Canton Symphony Orchestra (CSO) on October 9 was more than merely satisfying. This concert was an aural phenomenon of astonishingly lavish dimensions.

Maestro Gerhardt Zimmerman introduced to the audience American composer Margaret Brouwer, whose 1996 tone poem, Remembrances, began the program. She explained that the work was written after the death of Robert Stewart, a beloved friend who was himself a composer as well as a sailor. After the inspired performance, Zimmerman welcomed Brouwer back to the stage, and she was clearly pleased – with good reason - at what had just transpired.

Here was the CSO at its most evocative, deftly sailing, so to speak, through the score’s many sparkling textures and variable moods that powerfully conjured images of windswept seas, alternately soothing and achingly mournful. Most remarkable was the commanding finesse with which the orchestra navigated the score’s dramatically evolving and contrasting sound dynamics – from the very loud and solemn, and to the ultimately shimmering whispers of hope and affirmation. Throughout, particularly in haunting passages that suggested the rumble of looming storms, the brass section was sharp and utterly riveting.

What followed was surely among the most searing performances by a guest soloist in recent memory. Pianist Martina Filjak delivered a blazingly hot performance of Liszt’s Piano Concerto No.1, startling for both its vigorous lyrical thunder as well as its silky poeticism. In his program notes for the concerto, Kenneth C. Viant cited Austrian critic Moritz Saphir’s description of Liszt treating the piano as a mistress. Just so, on this occasion Filjak was the personification of Liszt’s impassioned relationship with the instrument, playing as if at once attacking and apologizing to a lover. Call it a tender savagery. But even in passages of the most furious and sturdy muscularity, she never succumbed to gratuitous bombast. Rather, her astounding virtuosity was purposeful, and always in seamless, balanced dialogue with the sonorous orchestra. Particularly magical – even wicked - were her sustained right hand trills that transformed the piano’s sound into otherworldly, harp-like resonances. When the bedazzled capacity audience lavished her with their loving ovations, she graciously responded with an equally magical encore of Schumann’s Intermezzo from Vienna Carnival.

The overarching theme of the evening was a celebration of Liszt’s 200th birthday, and so a second work by the composer – Symphonic Poem No.7 (Festklange) - filled in the program further. While the march-like, glimmering energy of Festklange (‘Festival Sounds’) might lack the heroism or gravitas of some of Liszt’s other symphonic poems (a genre he invented), it was nonetheless delivered here with towering, palpable exuberance. Once again, the brass section was exceptionally bright and crisp, along with notable solos from cello, bassoon, and violin. In all, the work set the tone for a concert finale as explosive as I’ve ever heard at Umstattd Hall.

The music for the The Firebird ballet electrified audiences when it premiered at the Paris Opera in 1910, and effectively thrust Stravinsky into worldwide celebrity practically overnight. The 1919 suite arrangement stands in many ways as Stravinsky’s recapitulation – summation, to be sure – of 19th century Russian orchestral opulence. It is unarguably a masterpiece of technical flamboyance and wildly varied, mesmerizing instrumental textures. Through all of the CSO’s thrilling mastery of this familiar gem, there was of course the anticipation of its stirring, iconic finale. Yet here the orchestra far exceeded such familiarity and somehow transcended the whole idea of exhilarating, victorious climax. This was a jaw-dropping, exuberant eruption of the first order. And more than just a joyous end to a singularly excellent evening, it heralded in glorious fashion the robust season to come.

Photo: Pianist Martina Filjak
Posted by Tom Wachunas at 5:26 AM